On the Han Solo project I formed one of three model makers that were appointed to produce concept models for the art department, under the Production Designer, Neil Lamont and ILM Design Supervisor, James Clyne.

See below a gallery of conceptual models that I was heavily involved in developing, including the Enfys Nest Speeder Bikes, the Imperial Pursuit Bike, the Convex Imperial Train and the AT-DT Mimban Walker. 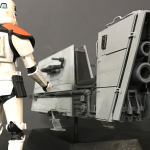 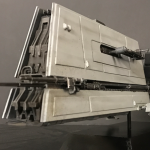 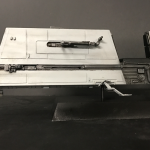 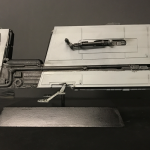 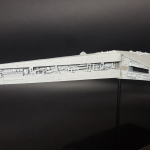 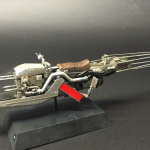 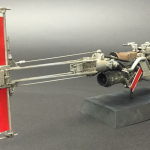 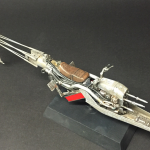 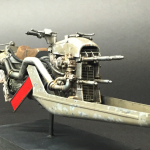 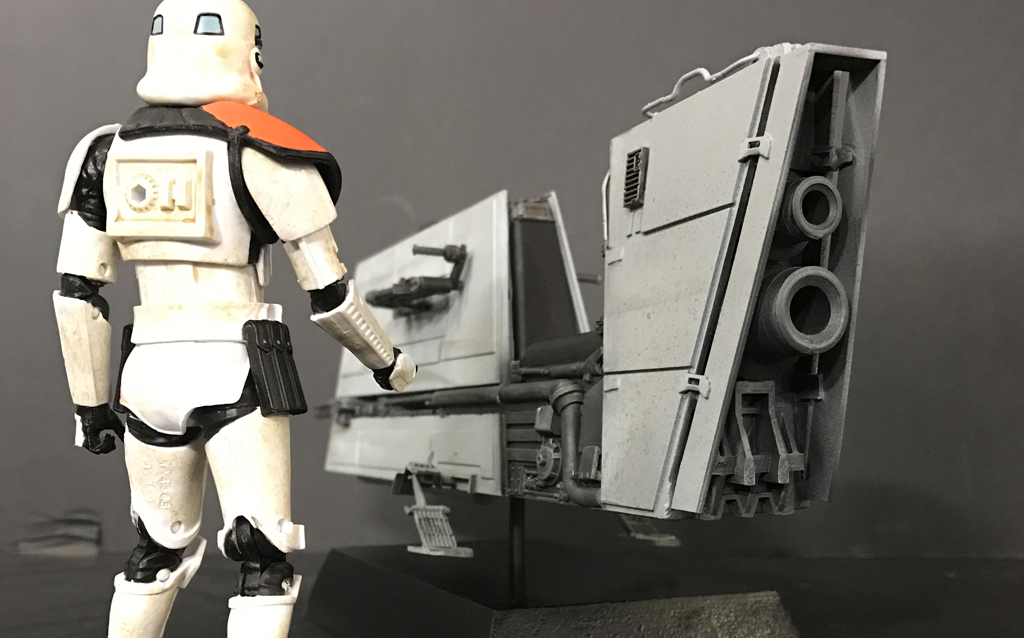 The story behind the
Chicken Walker.

I was asked by James Clyne to come up with a new Imperial Walker, something that we hadn’t seen before. The brief was simple, he wanted a walking gun, something that characterised brutality and function over form.

The first head I created was too conventional and similar to the AT-ST. They were looking for something far more brutal and simplistic, being conscious not to mimic new designs seen in Episode 7 and 8. Having gone back to the drawing board, I chose to utilise the 38 flak model kits that were available and begun creating a second variation. This second conceptional design was approved by the Directors and would later be used by Mark O’Kane to build the films final 3D asset. 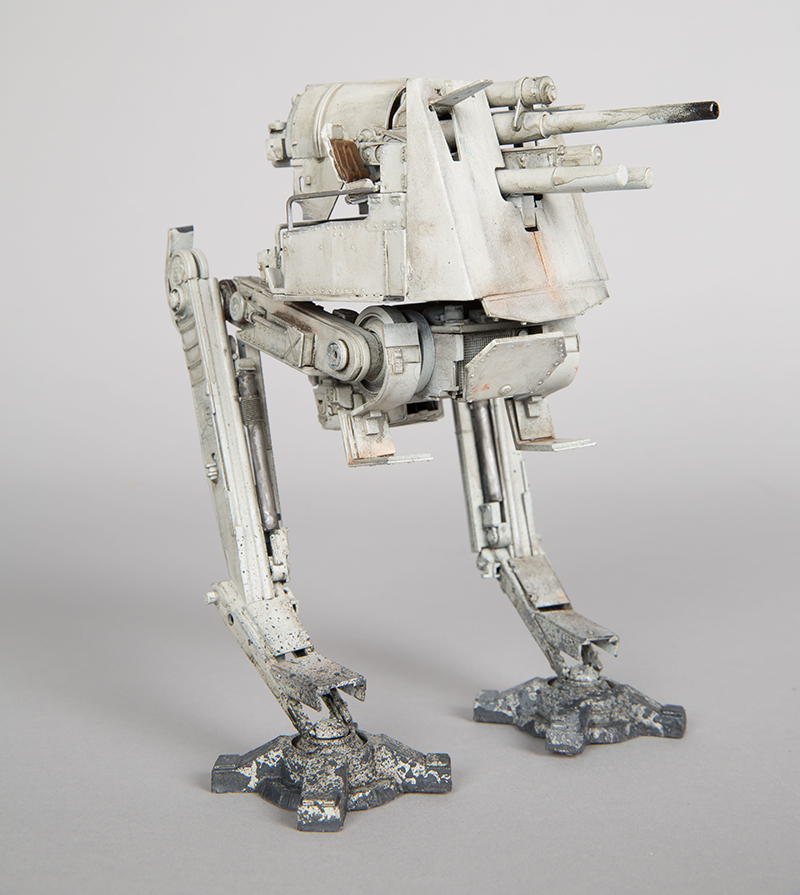 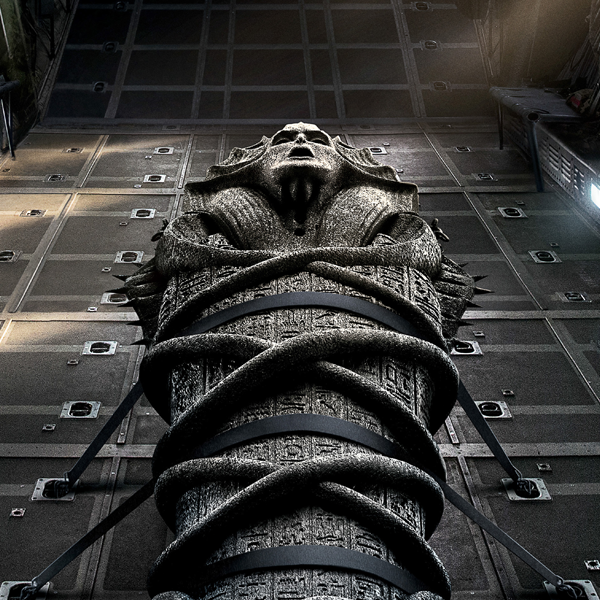 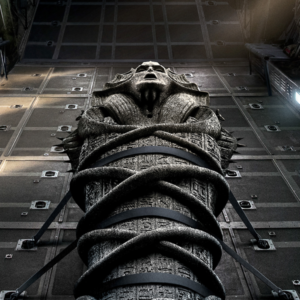